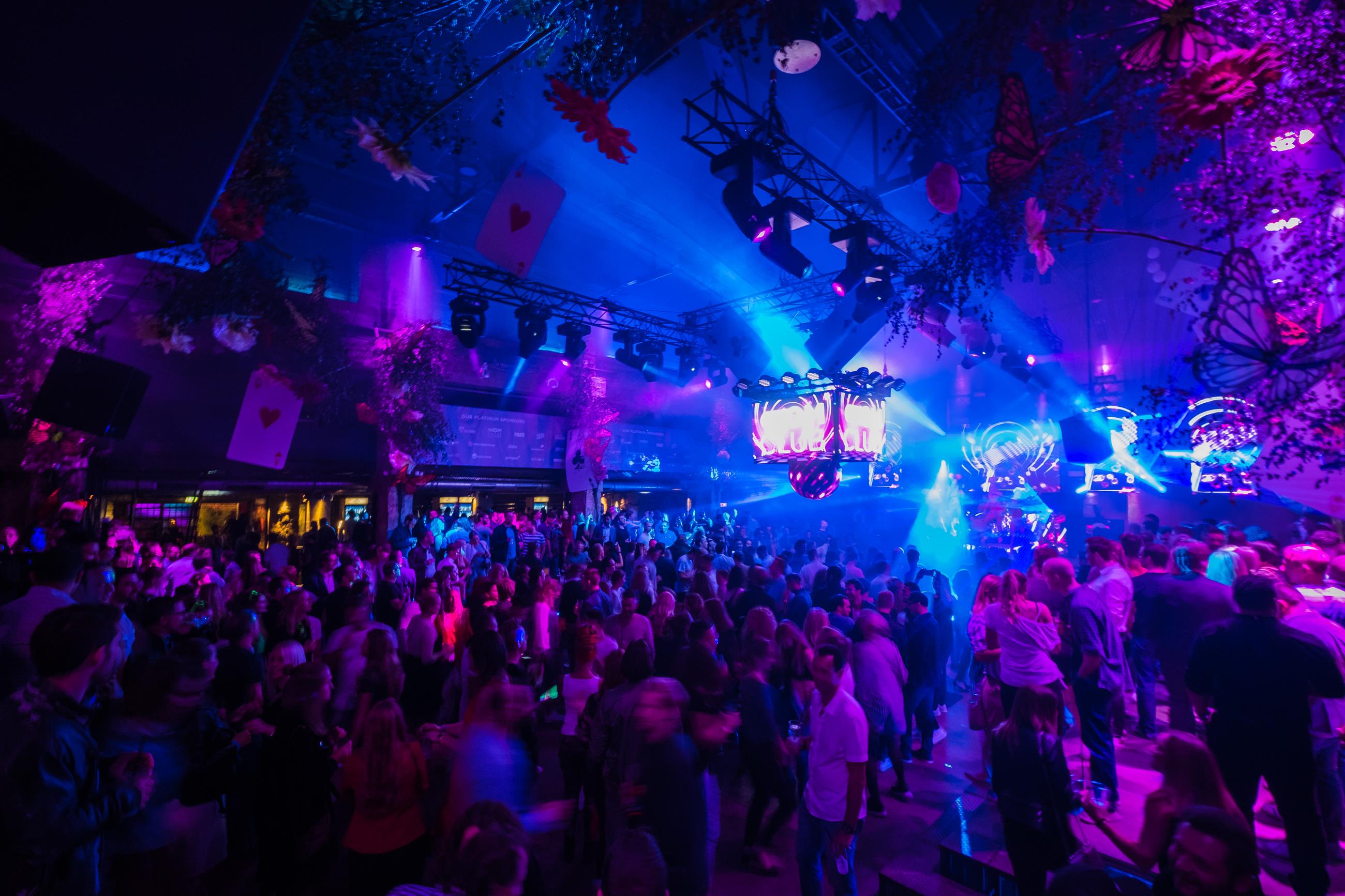 I launched OMClub​ in 2008, after exiting gulli.com and my ‘gulli wars’ exit/birthday/book-launch party escalated so nicely, that Vodafone offered some sponsoring money to improve the sad state of dmexco after-parties. Over the last 10 years OMClub turned into THE party to be at the first evening of dmexco​, that no one in the online / performance marketing industry wants to miss with more than 3000 party-people and a budget of more than 300.000 EUR for a single night!

Motivation and OMClub itself is best explained through the words of Dan Taylor, the legendary house photographer of many global startup events (SXSW, Techcrunch disrupt, Bits & Pretzels, NOAH, …) who’s got the authority to compare and wrote the following about OMClub:

“A conference without a killer party is like pancakes without the maple syrup. Like gin without the tonic. Like rock without the roll. In other words, no conference is complete without one. And to a good end … As I always remind clients, “No deals were ever forged in the main speaking hall. They begin with an intro, with a drink, with a “Have you met … Ted?””

Having said all that, there are parties, and then there’s the OMClub party that the folks from Pirate Summit host on the night before the opening of DMEXCO in Cologne, Germany. … Now, I’m not going to tell you that the OMClub party is the best one I’ve ever been too, because it’s not. But it IS the best business related party I’ve ever seen.“

It was my ex Scarlett​ and me, who planned OMClub for ca. 200 people, but suddenly got dozens of friends to sponsor more money (some of them paying cash to not affect their earn-out-multiples) and having to close doors after 1000 arrived, witnessing the birth of a legend – and the rest is history! Organizing this party showed me, that I enjoyed getting people drunk much more than working in the online industry and made me start Beerhouse​! There’s literally thousands of people to thank! Instead of getting upset at me for not mentioning you, please just add your own crazy memory in the comments below!

Many people and teams changed, but I managed to top the previous year’s party every year, presenting bumper-cars (Autoscooter), bungee jumping towers and finally making my dream of a full go-cart track come true in 2017. If there was anything constant, it was the 3 crazy music boys Jens Witzig​, Bosko Soulvenir Todorovic​ and Jens Erlewein​, who made the party. There were also hurra.com​ (thank you Harald​ and Rene Schweier​!) as (title-)sponsoring and Christopher Baer​ organizing lights and most of the party for many years. As I relocated to South Africa and started building Beerhouse (on Long)​ I found Jane Mull​ who helped me pull off several OMClubs until moving back to Germany and so I started looking for new permanent ‘parents’ for my baby, which I found in my playmate from kindergarten times Manuel Koelman​ and Team, after attending his incredible PIRATE Summit​ back in 2011 and he made Lisa Büscher​, Helen Garbrecht​, Vivian Teske​ and Till Ohrmann​ the new caretakers, that took over in 2016 and made our 2017 event already the best OMClub ever, while allowing me to actually spend the least time organizing and the most time partying with you, which I’m looking forward to do in 2018 and the years to come!

Be the first to start the conversation.